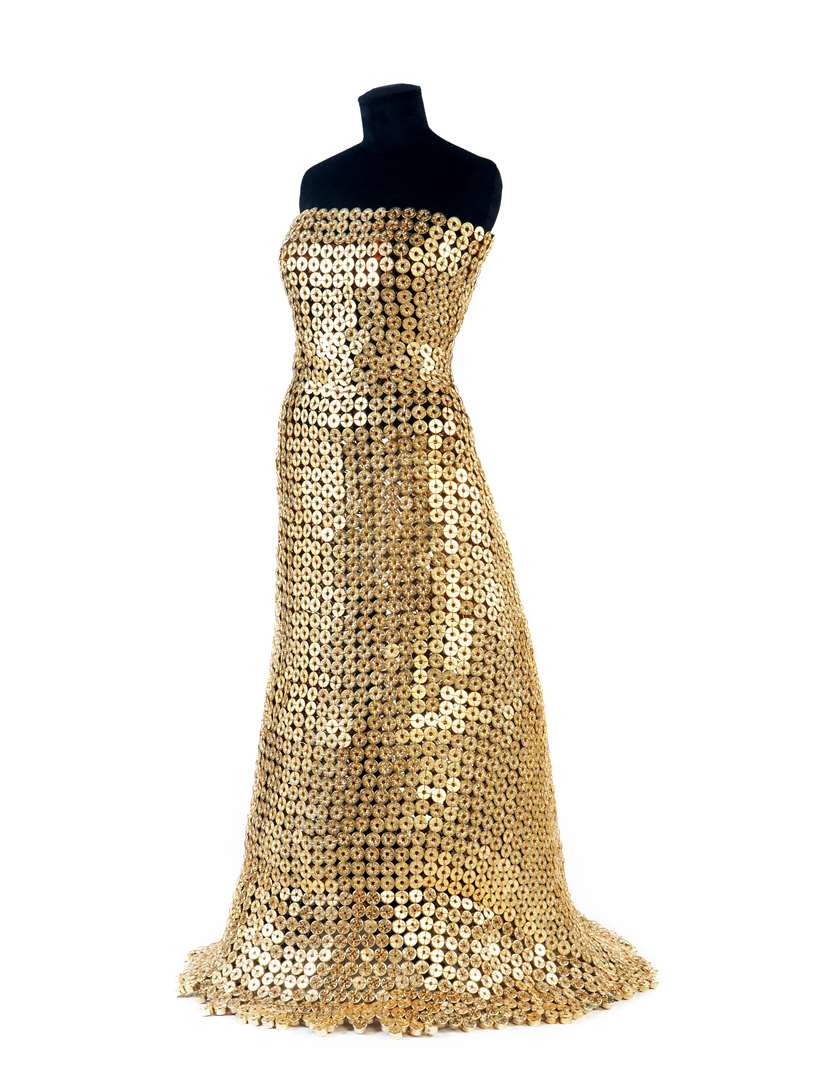 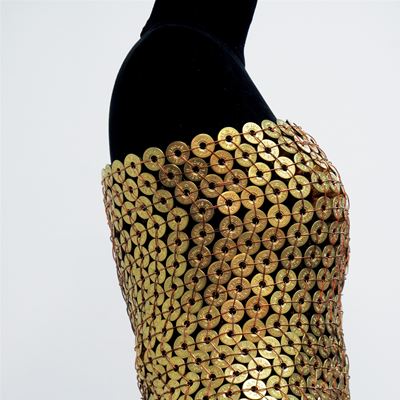 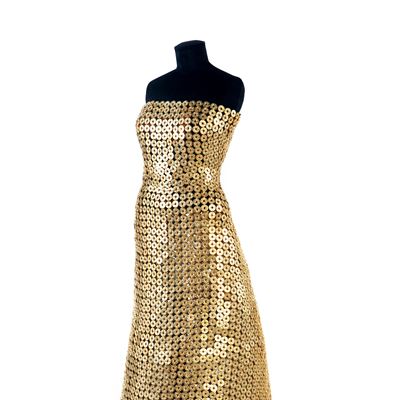 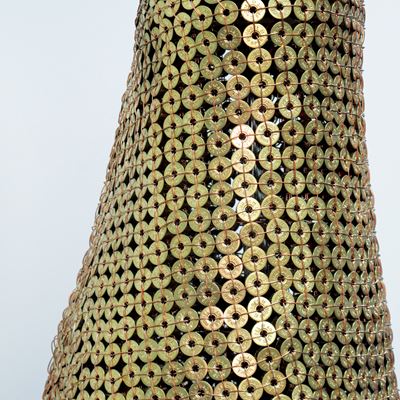 Throughout history, the woman in the Arab world is considered to be a symbol of perfection; she has been praised by poets and writers, used as an inspiration for cultural and social values... But parallel to that ‘adoration’ movement, the Arab woman has been frequently deprived of her legal and social rights, her freedom of thought and behavior. In Lebanon, the contradiction goes even further. Seen from afar, the Lebanese woman seems to be enjoying complete autonomy, independence, and equality with man. But when one lives inside the borders, another truth unveils itself: the Lebanese women are still suffering from the effect of decades of war; Years of stagnation of the system didn’t permit any amelioration in her social or legal rights. Being used as an image, an icon… the Arab woman is in fact treated as an object.
The idea is an a dialogue between a painter, Zena Assi, and an architect, Issam Barhouch, to create a dress made of golden dots, conveying a glittery luxurious vision of an icon from afar, that takes a completely opposite dimension when one gets a closer look and realizes that the dots are in fact the heads of bullets. The bullet by itself is a multi-dimensional object, a beautiful item made of golden material in order to serve a dark purpose. The dress will convey the double message of a glamorous attractive facade, hiding a treacherous, deceitful truth.